Our School » Our Administration 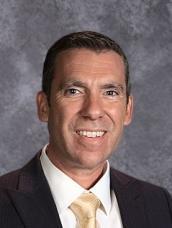 Mr. Gregory Mandalas has been the principal at South Butler Primary School since December of 2016.  Prior to coming to South Butler, he served as a principal for the Karns City Area School district.  He holds a Bachelor of Arts degree from Slippery Rock University and a Masters of Education with an emphasis on Curriculum and Instruction from Gannon University.  In addition, Mr. Mandalas received his principal certification from Indiana University of PA and his Superintendent’s Letter of Eligibility from California University of PA.